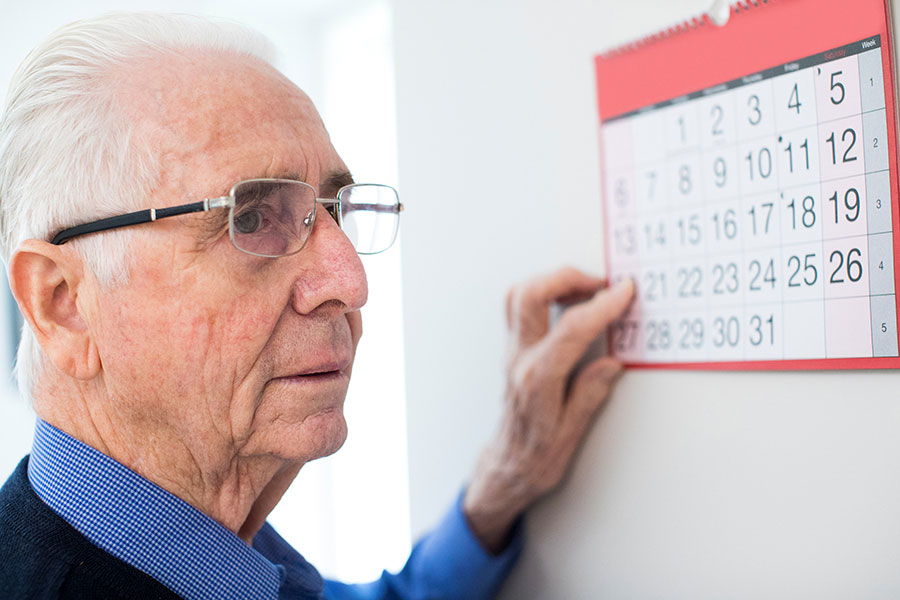 Most of us who are older than 50 have experienced what we may jokingly call a “senior moment.” The name of a favorite movie is easy enough to recollect, but—what was the name of the actor who co-starred? Later the same day, that actor’s name pops up, virtually unbidden, at the front of the brain. Not to worry, says the Alzheimer’s Association, “Changes in cognition (e.g., thinking) are a natural part of aging.”

The human brain is at peak performance from its teen years into the 40s and 50s. After that, the Alzheimer’s Association notes cognitive abilities may diminish a bit. For many of us, these small changes don’t interfere with daily life and are undetected during formal cognitive testing. In other words, most of us likely will experience some changes in cognition as we age. As a result, we rely on lists a little more often, and we forget a name or date here and there.

But when cognitive changes become more troubling, it’s time to talk to a physician. Make that call if:

Symptoms like those listed above may be caused by mild cognitive impairment, also known as MCI. This condition sits somewhere between infrequent forgetfulness and dementia on the cognition spectrum. The Mayo Clinic notes that MCI “causes a slight but noticeable and measurable decline in cognitive abilities, including memory and thinking skills.” According to the Mayo Clinic, about 15% to 20% of people 65 and older have MCI.

The most common risk factors associated with MCI are the same as for dementia, says the Mayo Clinic, and include “advancing age, family history of Alzheimer’s disease or other form of dementia, and conditions that raise the risk for cardiovascular disease.” The risk for MCI increases as a person ages, and it appears that men are more likely to have MCI than women. About 5% to 20% of those with MCI eventually develop dementia. Though in some cases, MCI can be an early stage of Alzheimer’s or dementia, this is not true for all.

A physical exam by a specialist can yield an accurate diagnosis of MCI. The Mayo Clinic notes that an examination of this type will include:

When a specialist tests for MCI, he or she will also look for cognitive problems that may be caused by depression and side effects from medications. If a diagnosis is difficult to make, a specialist may recommend neuropsychological testing. It evaluates thinking skills, or further brain imaging or cerebrospinal fluid tests that can determine whether an individual has MCI due to Alzheimer’s disease.

There are two types of MCI; symptoms help determine which type an individual has.

Currently, there are no drugs approved by the Food and Drug Administration for the treatment of MCI.

However, if depression or medication is causing MCI-like symptoms, the condition can be treated with a change in medication or evaluation and treatment of depression. The Alzheimer’s Association notes that aerobic exercise, mental activity, social engagement, and management of cardiovascular risk factors (including blood pressure and cholesterol) may help reduce the risk of further cognitive decline.

As a residential community specializing in memory care, Parc Provence is available to you as an expert resource. Our team of medical and rehabilitation specialists are leaders in their fields, here to help you and your family when you need us most. If you have questions about cognitive changes, please give us a call at 314-697-2081.